2.Tax Liabilities
According to the CIT Law, legal entities covered by the law of which registered head office is situated in Turkey, or the centre of all business transactions in Turkey are taxed on their world-wide income (unlimited liability). By specifying two criteria the law intends to prevent any problem, which may arise in determining tax liability. The term ‘’registered head office’’, as used in the context of the CIT Law, means it is the head office of the taxable corporations as stated in the laws and rules about their establishment, or in their articles of association. Therefore, it is not difficult to ascertain where the registered head office of a company is located. However, the business head office, which is defined as the centre where all business transactions are actually managed, is not easy to determine in some cases.

3.Determination of Net Taxable Income
In essence, the provision of the PIT Law concerning the determination of business profit also applies to the procedure required in determining corporate income. Basically, net corporate income is defined as the difference between the net worth of assets owned at the beginning and at the end of the fiscal year. In addition to the expenses mentioned in Article 40 of the PIT Law allowed to be deducted from revenues, the followings may also be deducted regarding to the determination of business profit, by corporations:
 Expenses for the issuance of securities,
 Foundation and organization expenses,
 Expenses made for the General Assembly as well as merger, transfer, spin-off, dissolution and winding up,
 The profit share of the partner of a commendam with issued capital shares, who has unlimited liability,
 The profit shares paid by the participation banks for the participation accounts,
 In case of the insurance and reinsurance companies, technical reserves required for the insurance contracts still valid at date of inventory.
The following losses can be deducted when determining the corporation tax base, by indicating each year’s sum separately in the corporation tax return:
 The losses as indicated in the past years’ tax returns–not exceeding five years,

 The losses from the activities at abroad transferred for not more than five years, and excluding those related to the earnings that are exempted from corporation tax in Turkey, can be deducted only if and when;

-The tax base –including the loss– declared under the tax laws of the country in which the activities took place, has been reported by a duly authorized audit firm of such country, and
-The original and a translated copy of that report have been submitted to the pertinent tax office in Turkey.
In determining the corporation tax basis, the following deductions can respectively be made from corporation’s earnings, provided that they are also indicated on the tax return.
 A “R&D deduction” as much as 100% of the expenses that the taxpayers shall make for the research and development work within their enterprises, exclusively in search for new technologies and knowledge,
 For the amateur sport branches, the whole amount, and for professional sport branches 50% of the sponsorship expenses,
 Of the total donations and help that are made against a receipt, and to the public administrations under government budget or with special budget, to special provincial administrative bodies, to the municipalities and villages, to the foundations that are granted tax exemption by the Council of Ministers, to the associations that work for public interest and to the institutions and establishments that are engaged in scientific research and development activities, up to 5% of the corporations earnings for that year,
 All kinds of expenses made for the construction of schools, medical facilities, student hostels and child care centers with a capacity of at least 100 beds, orphanages,retirement homes and care and rehabilitation centers, or all kinds of donations and help that are given to these institutions for the construction of such facilities, as well as all cash and real donations and help rendered for the continuation of their activities,
 100% of the expenses, donations and help made and given against receipt, in respect of activities which are realized by the above mentioned institutions or supported by the Ministry of Culture and Tourism for the promotion, development and preservation of
cultural, artistic and historical values,
 All cash and real donations that are made against receipt, upon natural disasters for taken a decision to launch an aid campaign,
 Except for their economic enterprises, of all cash donations and help that are made against a receipt to The Turkish Red Crescent and The Turkish Green Crescent,
 The portion exceeding 10% of the tax revenue that is declared of the amount set aside as venture capital investment funds,
 %50 of the profits derived from services provided in Turkey, and exclusively utilised abroad, by service businesses engaged in architecture, engineering, design, software, medical reporting, record keeping, call center, data storage for non-residents in Turkey
and for those whose registered and business head offices are abroad, also the profits of corporates providing services to non-residents in Turkey and operating in the areas of education and health subject to the permission and supervision of the relevant ministry (In order to benefit from this deduction, invoice or other documents shall be drawn up in the name of customer abroad),
 “Protected workplace discount” which is 100% of annual gross amount of wage payment made to mentally or psychologically disabled employees who are employed in the protected workplaces (discount applies to a maximum of 5 years for each disabled employees and an annual amount to be deducted shall not exceed 150% of annual gross minimum wage for each disabled employee),
 Within the accounting periods of capital stock companies, with the exception of entities engaged in banking, finance and insurance activities and state owned enterprises, over the monetary increases in paid-in or issued capitals which are registered with the trade
registry or disbursed part of paid-in capital in the capital stock companies recently established, by taking into consideration “the weighted annual average interest rate which is applied to commercial credits accredited by the banks” which is announced by the Central Bank of the Republic of Turkey for the period in which deduction obtained, 50% of amount calculated up to the end of relevant account period.

In determining net corporate income, the following deductions are not allowed:
 Interests that are calculated and paid on equity capital,
 Interest, difference of exchange parities and other expenses paid on camouflaged capital,
 Earnings distributed as slush fund through transfer pricing,
 The reserves–regardless of the type and name under which they might have been set aside,
 The corporate tax, all kinds of fines, tax fines, late fees and overdue interests,
 The losses that are incurred for issuing securities at prices below their nominal value as well as the commissions paid and all similar expenses with respect to such securities,
 The expenses and the depreciation costs of the sea vessels like yachts, cutters, boats, speed boats, and the air vessels like airplanes and helicopters that are rented by or registered to the enterprise’s name, and which are not associated with the main field of activities of such enterprise,
 Except for the penalties stipulated in the contracts, material damages and compensations for pain and suffering incurred as the result of offences of the corporation itself, its shareholders, directors and employees,
 Material damages and compensations for pain and sufferings paid upon offences committed by use of press or upon radio and television programs,
 50% of the advertisement costs for all kinds of alcohol and alcoholic beverages as well as tobacco and tobacco products.

4.Exemptions and Exceptions
Exceptions on corportate income are regulated in Article 5 of the CIT Law, such as:

The CIT Law provides a participation exception for dividends derived by companies from Turkish (resident) participations (Art. 5/1-a) and from foreign participations (Art.5/1-b). Dividends qualifying for the participation exception are fully exempt from corporate income tax,
 75% of capital gains derived by corporate taxpayers from the disposal of shares owned for at least two years qualify for tax exception (Art. 5/1-e).
Exemptions on certain entites are regulated in Article 4 of the CIT Law, such as:
 Domestic, national and international exhibitions and fairs that are opened by the public administrations and establishments, with the permission of local authorities,
 Retirement and aid funds and social security institutions that are established under law.

5.Deduction of Losses
According to Article 9 of the CIT Law, the following losses can be deducted when determining the corporation tax base, by indicating each year’s sum separately in the corporation tax return.
 The losses as indicated in the past years’ tax returns – not exceed 5 years,
 The losses from the activities at abroad transferred for not more than 5 years, and excluding those related to the earnings that are exempted from corporation tax here in Turkey, can be deducted only if and when;
– The tax base – including the loss – declared under the tax laws of the country in which the activities took place, has been reported by a duly authorized audit firm of such country,

and
– The original and a translated copy of that report have been submitted to the pertinent tax office in Turkey.

6.Corporate Tax Return
Similar to personal income tax, the corporate income tax is also assessed on the base declared through tax returns filled annually by taxpayers. Tax returns contain the results of related taxation period. In principle, every taxpayer is required to file single tax return, even if he has derived the income through different business places or branches and those places and branches have their own accounting and allocated capital. The annual tax return is applicable for the reporting of net corporate profits realized in the course of one accounting period. The corporate tax return shall be submitted to the tax office, which the taxpayer is affiliated to, starting from the first day until the evening of the 25th day of the 4th month following the closing month of fiscal period. The corporate income tax must be paid by the end of the month that the tax return is submitted. Non-resident foreign corporations use special tax return for reporting certain profit and  earnings. Special tax return must be given within 15 days from the obtainment of earnings and profit. (This procedure is called “Special Tax Return”.)Those who are obliged to make tax withholding are required to file a brief tax return to tax office associated with the place of payment or accrual of the payments which they have made during the month, or the profits and revenues on which they have caused accrual, as well as of the taxes which they have withheld from these, by the evening of the 23rd day of the following month and they should pay by the evening of the 26th day of this month. (This procedure is called “Withholding Tax Return”.)

7.Tax Rates
CIT is applied at 20% rate on the corporate earnings. Taxpayers (only for income from commercial activities and agriculture in limited tax liability cases) pay provisional tax at the rate of corporate income tax; these payments are deducted from corporate income tax of current period. 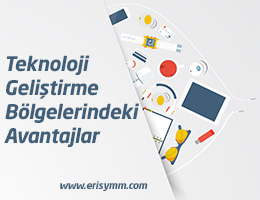 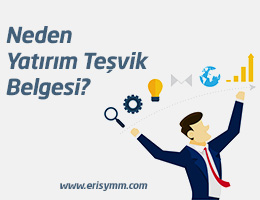 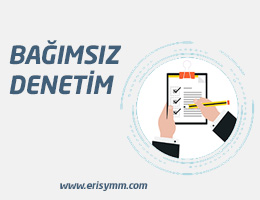